April D. Thames, PhD Abstract & Learning Objectives: The US population aged 65 and older has increased, including the number of racial and ethnic minorities. It is increasingly important to understand specific risk factors that may be linked to ethnicity/race and psychosocial factors that contribute to pathologic brain/cognitive aging. This course will first review the research on ethnic and racial groups (focused on African Americans and Hispanic/Latinos) and risk for cerebrovascular disease, and cognitive impairment. We will cover the research findings that indicate biological risk factors in African Americans and Latino/Hispanics. Next, this course will review the psychosocial risk factors that may contribute to poor cognitive aging outcomes, including education, racial/ethnic discrimination, stressors related to immigration, poverty, loneliness/lack of social support. Finally, this course will cover the next steps for research and assessment, which include establishing mechanistic links between specific cardiovascular risks and cerebral sequelae through neuroimaging, hallmark indicators of biological aging, and focused cognitive and psychosocial assessments. Upon conclusion of this course, learners will be able to: Have a deeper understanding of how to study mechanisms that contribute to cognitive aging among racial and ethnically diverse groups Be familiar with key considerations in assessment of cognitive aging Speaker Biography: Dr. April Thames is an Assistant Professor in the Department of Psychiatry and Director of the Social Neuroscience and Health Psychology laboratory at the University of California Los Angeles. She received her Ph.D. in Clinical Psychology from Alliant International University/CSPP (Ph.D. awarded 2009). After receiving her doctorate degree, she completed a 2-year postdoctoral fellowship in clinical neuropsychology at UCLA. Now as an Assistant Professor, Dr. Thames is the Principal Investigator of several National Institute of Health (NIH) grant-supported projects, including an NIH (K23) career development award. This support has helped her to develop a translational research program in social neuroscience that focuses on the impact of HIV/AIDS, aging, substance abuse, socioeconomic disadvantage, and race/ethnicity on neurological and neurobehavioral outcomes. She has also published and actively involved in studies that have examined psychosocial factors that obscure the validity of neuropsychological test performance among underrepresented ethnic/racial minority groups. Dr. Thames also serves as Member at Large for the American Psychological Association’s Society for Clinical Neuropsychology, and served as past Chair of SCN’s Ethnic Minority Affairs Committee (EMA). 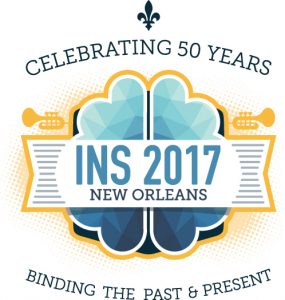