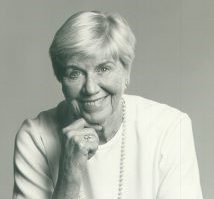 
Anne‐Lise Christensen, MA, Psychology, Adjunct Professor Emerita of Neuropsychological Rehabilitation, University of Copenhagen, and former director of the Center for Brain Injury Rehabilitation at the University of Copenhagen, died February 11, 2018.
She was not only a central figure in Danish neuropsychology, but had both domestically and internationally worldwide critical significance for the fruitful development of holistic rehabilitation of persons with an acquired brain injury.
Having worked intensively during her various study visits with the Soviet neuropsychologist Alexander Romanowitsch Lurija (1902-1972) at Burdenko Neurosurgery Institute, Moscow University, she has internalized his theories on the functioning of the frontal lobe and the existence of zones of brain cells working in concert. Lurija’s concept and way of holistic treatment became decisive for her life.